Portsmouth, VA – The City of Portsmouth has announced their partnership with Rush Street Gaming, one of the fastest-growing gaming companies in North America. The Portsmouth Economic Development Authority signed a memorandum of understanding on Monday, November 18, 2019, designating Rush Street Gaming as the City’s destination casino developer and operator pending state legislative approval.

“This partnership is a very exciting thing for Portsmouth,” said Portsmouth Mayor John L. Rowe. “Rush Street Gaming, led by Neil Bluhm and his team, has an impeccable track record of more than 20 years in the gaming industry. They’ve changed the way communities look at gaming and they understand Portsmouth’s vision for an integrated Entertainment District at Victory Boulevard.”

Headquartered in Chicago, Rush Street Gaming, and its affiliated companies, operate several full-service destination casinos, internet gaming and sports betting, a myriad of restaurants, multiple hotels, several entertainment venues, a television production company and more. The organization has developed and opened four destination casinos in the past decade under the Rivers Casino brand and has created more than 6,000 new quality jobs. All Rivers Casinos are leaders in tax revenue generation in their markets. Overall, Rush Street and its affiliates have invested more than $3 billion of capital in strategic projects across the Midwest and east coast regions.

“First and foremost, we’re real estate developers with a strong track record of successfully collaborating with our host communities,” said Neil Bluhm, chairman and co-founder of Rush Street Gaming. “We choose our projects very carefully, and we knew right away the Victory Boulevard location would be ideal. Portsmouth is central to the region, and the site itself is large with the potential to include a multitude of hospitality and entertainment uses, is well-positioned in a development corridor with retail, superior infrastructure, and immediate highway access from multiple directions.”

Portsmouth City Officials were drawn to the Rush Street Gaming commitment to community development and culture of caring, starting with their employees. All Rush Street Gaming properties have been voted a top workplace by the Team Members who work there. Additionally, each destination casino has a customized and localized community engagement program called “Rivers Gives” that empowers local employees to support area nonprofits and helps to seamlessly integrate it with surrounding neighborhoods.

“At Rush Street, we’ve proven to be a great place to work, a proud community partner and a strong economic engine in every market in which we operate,” said Jacob Oberman, senior vice president of development for Rush Street. “We’re inspired by the leadership of Portsmouth and look forward to engaging with the community at large—we’re going to do great things together.”

“Rush Street Gaming is a wonderful partner for our City,” said Portsmouth City Manager Dr. L. Pettis Patton. “They have a strategic decision-making process and have made certain that this is a mutually beneficial partnership. The vision that they have crafted for this site is phenomenal and will transform the business corridor into a regional destination.” 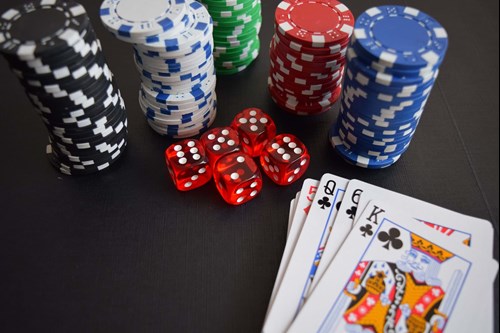 Located next to Tidewater Community College, there’s a great opportunity for cooperative gaming and hospitality business education programming and creating a steady pipeline of talent to launch careers with Rush Street; Portsmouth also has a strong small, women and minority-owned business community that will have the opportunity to serve as vendors to the project.

Gaming has been a topic of conversation in the commonwealth for years and is on the final steps of legislation. The partnership between Rush Street and Portsmouth comes in anticipation of SB 1126 being enacted in Virginia. The Joint Legislative Audit and Review Commission (JLARC) will be releasing their findings on gaming in late November. Any recommended amendments to the Code of Virginia will not become effective unless adopted by the 2020 Session of the Virginia General Assembly. If the General Assembly enacts Code of Virginia amendments, the City of Portsmouth would then hold a local referendum and citizens would have the opportunity to vote on local ballot.

“I’ve always believed that Portsmouth is the ideal location for a destination casino,” said Senator L. Louise Lucas. “Virginia has a rich tourism industry and gaming is a natural fit. I’m excited for Rush Street Gaming to bring their community-centered model to my hometown and look forward to seeing the partnership grow.”

The Portsmouth project will depend on what the final Virginia legislation looks like, as final tax numbers and state investment requirements have not been released. The Victory Boulevard Project site is approximately 50 acres and already has a substantial amount of infrastructure in place.

“The Victory Boulevard Entertainment District is an opportunity for Portsmouth to play a bigger role in the region’s tourism industry and offers an amenity to our residents,” said Robert D. Moore, Portsmouth Economic Development Director. “The Rush Street Gaming team also sees eye-to-eye with our workforce development plans for the city and understands the unique culture of small businesses here. It’s an ideal partnership and Portsmouth is ready.”

About Rush Street Gaming: Founded by Neil Bluhm and Greg Carlin, Rush Street Gaming and its affiliates have developed and operate successful casinos in Pittsburgh, Philadelphia, Des Plaines, IL (Chicago area) and Schenectady, NY. By placing an emphasis on superior design and outstanding customer service, Rush Street Gaming has become one of the leading casino developers in the United States. Existing casinos generate over $1 billion in annual gaming revenues, and all Rush Street Gaming casinos have been voted a “Best Place to Work” or “Top Workplace” by their team members.

About Portsmouth Economic Development: Portsmouth Economic Development (PED) works directly with business, education and government partners to build the foundation and advance the efforts of all residents, private and corporate, in the City of Portsmouth. PED helps businesses to start, locate and grow in Portsmouth by focusing on the advancement of strategic opportunities, by fostering the growth of within our target industries, preparing our residents for opportunities in those industries, and aligning our MWDBE businesses with as many opportunities to partner with larger organizations.

Figuring out your next steps is not always easy.

You might have some questions and we want you to know that we're here for you!